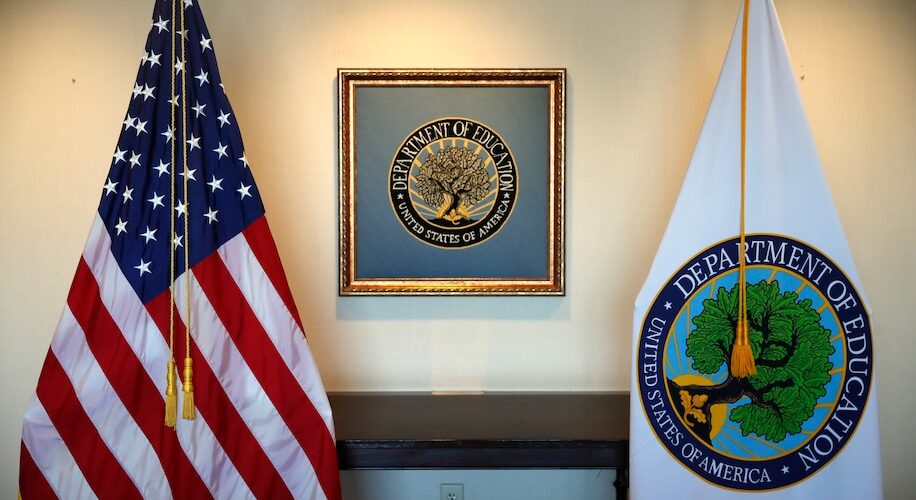 How Education Dept. plans to lift 7.5 million borrowers out of default

The Biden administration has created a plan to bring 7.5 million Americans in default on their federal student loans back into good standing, restoring their eligibility for financial aid and removing the incident from their credit history, according to documents obtained by The Washington Post.

Anyone now in default on a federal loan made directly by the Education Department, Perkins loans held by the agency and old bank-based debt held by the department or private companies, is eligible for the program. Their eligibility for federal Pell grants, work-study and loans will be reinstated, according to a fact sheet shared with Congress and advocacy groups this week.

The document provides the first substantial look at how the Education Department plans to execute the “Fresh Start” initiative announced this spring to help borrowers exit default, sparing them from the seizure of wages, tax refunds and Social Security benefits.

After initially declining to comment, the department on Wednesday said it is taking steps to implement the policy ahead of the fall semester so students can benefit as soon as possible.

The department on Wednesday afternoon issued a “Dear Colleague” letter to financial aid professionals with details of the program.

Undersecretary of Education James Kvaal previewed some details of the Fresh Start program last week at an event hosted by the Student Borrower Protection Center, noting inequities in the existing default system.

“The consequences of default are so punitive, it’s as if whoever designed these policies assumed that borrowers were somehow trying to beat the system,” Kvaal said. “By and large, borrowers who default on their loans are people who have been failed by the policies and lagging investments in college affordability.”

While lawmakers and advocates had hoped for automatic enrollment to guarantee participation in the Fresh Start initiative, borrowers must contact the department’s Default Resolution Group or their loan holders to take full advantage of the program, according to a fact sheet about the initiative.

People will have one year from the end of the student loan payment pause — set to expire Aug. 31 — to make payment arrangements. Failure to act will throw borrowers back into default and deny them many key benefits of the temporary program.

During the one-year period, all defaulted borrowers with eligible loans will not be subject to any collection efforts, such as having their wages garnished or tax refunds seized to repay their student loans, according to the fact sheet.

“Struggling borrowers deserve to be able to get back on their feet — and that’s exactly what this plan will help do,” said Sen. Patty Murray (D-Wash.), chairwoman of the Senate Health, Education, Labor and Pensions Committee. “I’m glad the Biden administration is moving ahead with steps that will make a big difference in the lives of millions of borrowers across the country.”

Earlier this year, Murray had urged the administration to give defaulted borrowers a path to bring their loans back into good standing before resuming payments.

A Government Accountability Office report in January raised alarms that as many as half of federal student loan borrowers were at risk of falling behind on their payments when the moratorium ends. Fresh Start is designed to address that risk.

Defaulted borrowers also will regain access to federal student aid. The department typically bars such borrowers from taking out new student loans, but the administration is easing the restriction to help people complete their education.

Who has student loan debt in America?

Economists at the Federal Reserve have found that people who did not complete a degree were the most likely to be behind on their student loans. Completing a degree could increase the likelihood of repayment, advocates have argued. Still, providing more money to people with a poor track record of repayment will be met with objections from moderate and conservative policymakers.

“If these individuals were unable to pay back their loans the first time they borrowed, how will giving them access to more debt help?,” said Rep. Virginia Foxx (N.C.), the top Republican on the House Education Committee. “This is a terrible gamble — one for which taxpayers will end up paying the price.”

The department began notifying some colleges of the planned restoration of aid late last week, according to a document reviewed by The Post and first reported on by Politico.

In the fact sheet, the Education Department said it will also delete credit reporting about loans that have been delinquent for more than seven years and remove a default notation in the Credit Alert Verification Reporting System. Lenders, particularly those originating government-backed loans, deny loans to applicants if they are flagged in the system.

Fresh Start is rooted in giving a second chance to borrowers who have fallen behind on their loans more than once. The department has a student loan rehabilitation that erases a default from a person’s credit report after nine consecutive payments. A provision in the Coronavirus Aid, Relief and Economic Security Act, or Cares Act, ensured that each month of suspended payments would count toward that threshold.

The moratorium has lasted more than two years, meaning borrowers have more than satisfied the terms of the rehabilitation program and are eligible to exit default.

However, the Education Department typically requires defaulted borrowers to submit an application, a step that consumer groups said would result in people slipping through the cracks. Advocates also worried that people who have rehabilitated their loans in the past and re-defaulted would be shut out because the program is supposed to be a one-time offer.

In April, Education Secretary Miguel Cardona agreed to waive the program requirements and restrictions, ensuring that people have their negative credit histories cleared without losing the ability to rehabilitate their loans.

CORRECTION
An earlier version of the story misstated which loans would be eligible for the Fresh Start initiative. Some federal loans would not qualify. The story has been corrected.

The Unclear Future for Gifted-and-Talented Education

The Unclear Future for Gifted-and-Talented Education